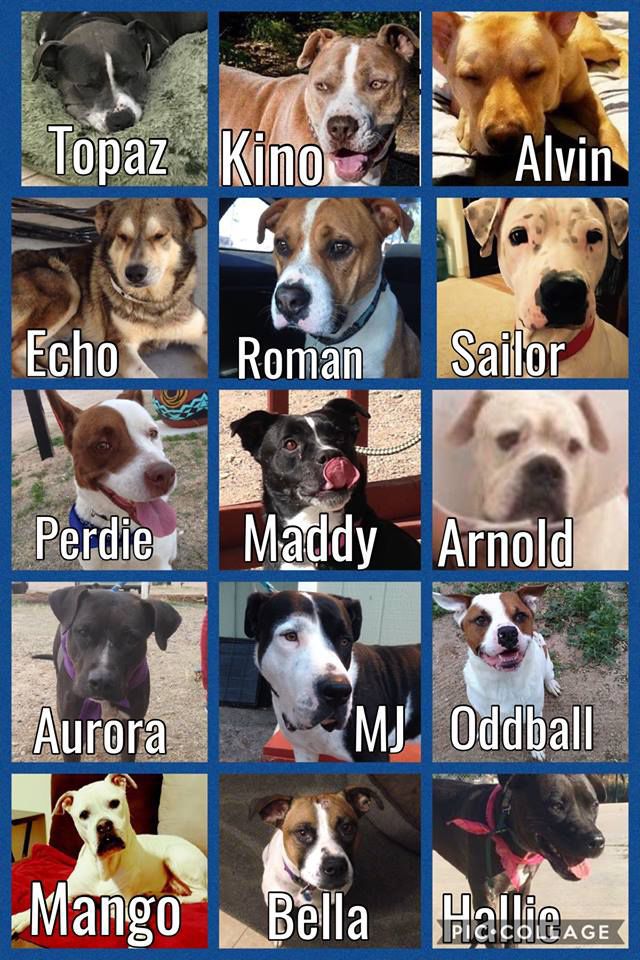 Bridge Rescue for Dogs is closing its doors on May 31 and needs to find homes for its 17 remaining dogs.

A local dog-rescue nonprofit is closing its doors and needs to find homes for the 17 dogs in its care.

Bridge Rescue for Dogs has saved more than 250 dogs from euthanasia since it opened in late 2014, when it was founded on the principle of saving the “lost-cause” dogs from Pima Animal Care Center’s short-term rescue list.

“Despite ongoing fundraising and adoption events, mounting veterinary and boarding bills have created an unsuitable future for this local, all-volunteer-run group,” volunteer Barbara Monroe wrote in a news release. “The community has been extremely supportive of Bridge Rescue’s mission.”

The group has adopted out 13 of its 30 dogs in recent months, but now Bridge is asking for help from the public and local rescue groups to place the remaining 17 dogs, who are at risk of being returned to PACC if they don’t find homes.

Of the remaining dogs, 13 have been in foster care for a year or longer and finding “committed, appropriate placement” for them has been a struggle, Monroe said.

“These dogs have already been failed by humans before, so we feel a deep obligation to them, and yet the personal financial and emotional struggle has really taken a toll,” Monroe said. “We have run out of time.”

Several of the dogs were at risk of being euthanized at PACC before Bridge took them in, so returning to the shelter is not a good option, said Maria Coxon-Smith, another volunteer.

To raise funds to cover outstanding bills for boarding and veterinary care, Bridge is hosting a fundraiser Thursday, May 11, at Gusto Osteria, 7153 E. Tanque Verde Road, from 11 a.m. to 9 p.m.

A portion of the proceeds will be returned to Bridge . Patrons must mention Bridge to their server for the purchase to count.